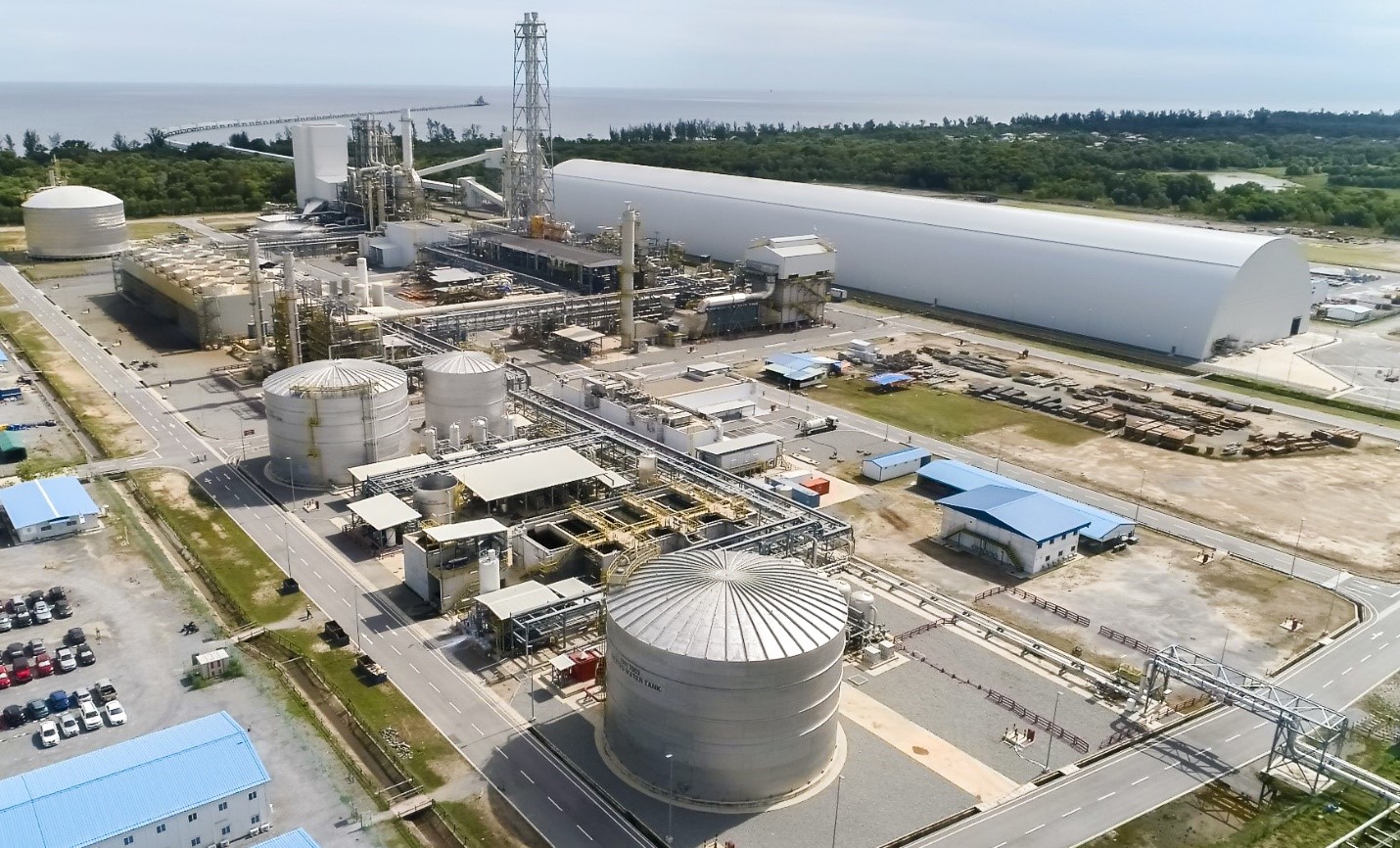 BFI reached another key milestone by commencing its first export of urea fertiliser to Thailand (6,200 MT) on February 3, followed by a second shipment to South Korea (6,100 MT) on February 7 via the dedicated BFI jetty designed specifically for urea export activities that can accommodate vessels up to 9,000 DWT.

Urea is an organic compound that improves soil quality and subsequently boosts crop yield, therefore represents a significant role in supplying food to the world’s population.

With a 46 per cent nitrogen content, granular urea has the highest nitrogen content of any solid nitrogen fertiliser and is by far the most important source of nitrogen mainly due to its dominance in the Asian market. 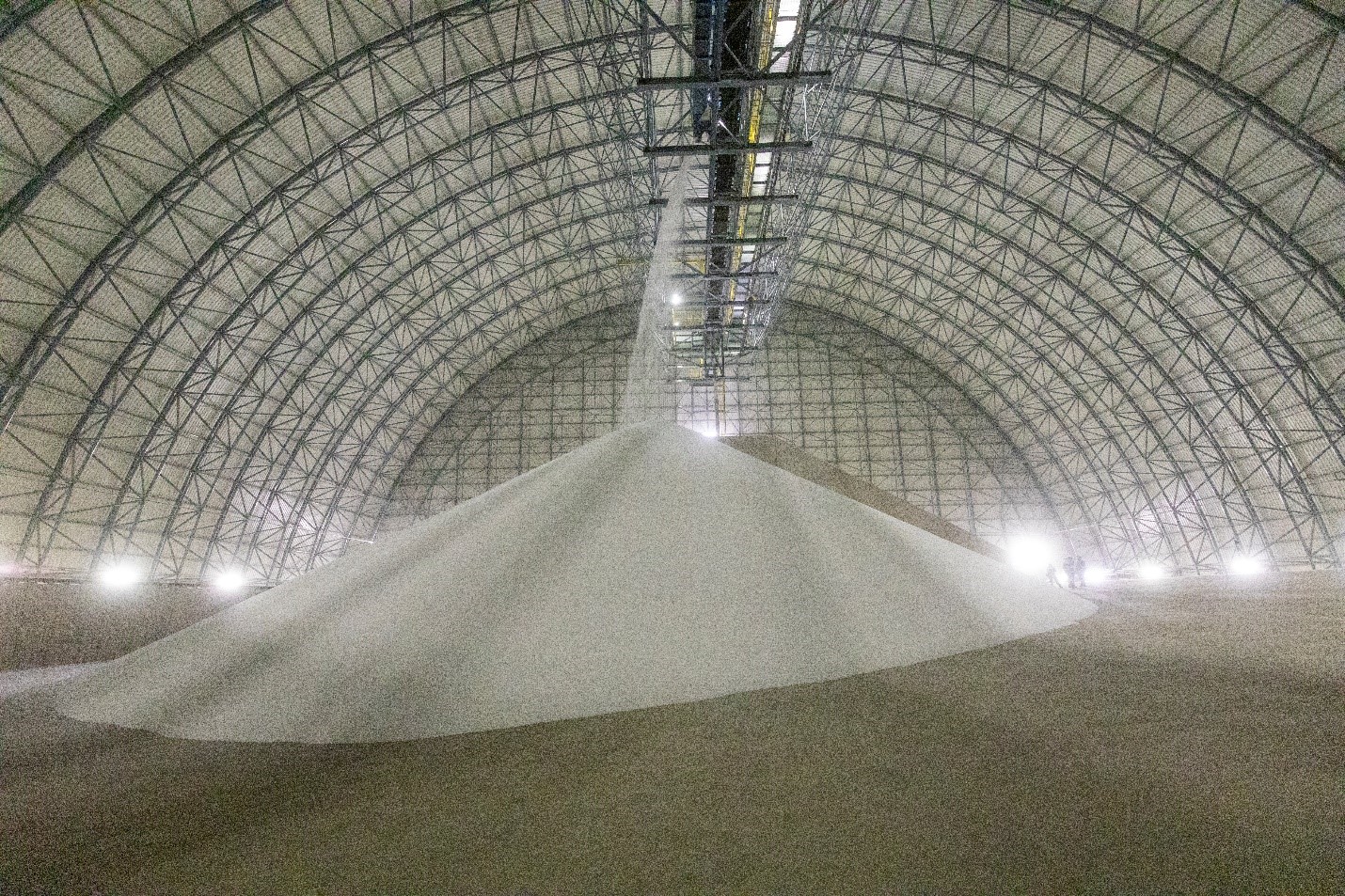 ABOVE & BELOW: Granular urea produced and stored in the BFI Plant’s Urea bulk storage facility; and Vessels MV Ocean 39 and MV Aquamarine docked at BFI Jetty in preparation for urea loading.

The project allows BFI to play its part in contributing to supply fertiliser demands and will commercially benefit the country’s existing export logistics sector. BFI is a project developed in Brunei Darussalam for the construction of the country’s first Ammonia and Urea Plant.

Established on October 28, 2013 and owned by the Government of His Majesty Sultan Haji Hassanal Bolkiah Mu’izzaddin Waddaulah ibni Al-Marhum Sultan Haji Omar ‘Ali Saifuddien Sa’adul Khairi Waddien, Sultan and Yang Di-Pertuan of Brunei Darussalam, the BFI Project will embark as Brunei’s new initiative to sustainably grow the country’s downstream oil and gas industry and it will be the largest single train fertiliser plant in Southeast Asia.

Currently, BFI has 479 employees, of which 66 per cent comprise locals who had undergone trainings for their specialised roles.

BFI will continue to invest in its human capital which includes providing opportunities for employees to attain new skills through direct interactions and knowledge transfers from industry experts hired under BFI.

World class fertiliser plant with state of the art facility.

Brunei Fertilizer Industries Sdn Bhd (BFI) is a world class manufacturer for high quality urea granular fertiliser situated in Brunei Darussalam. BFI’s state of the art facility has a production capacity of 1,365,000MT of UREA per year making it one of the largest fertiliser plants in the Southeast Asia region. 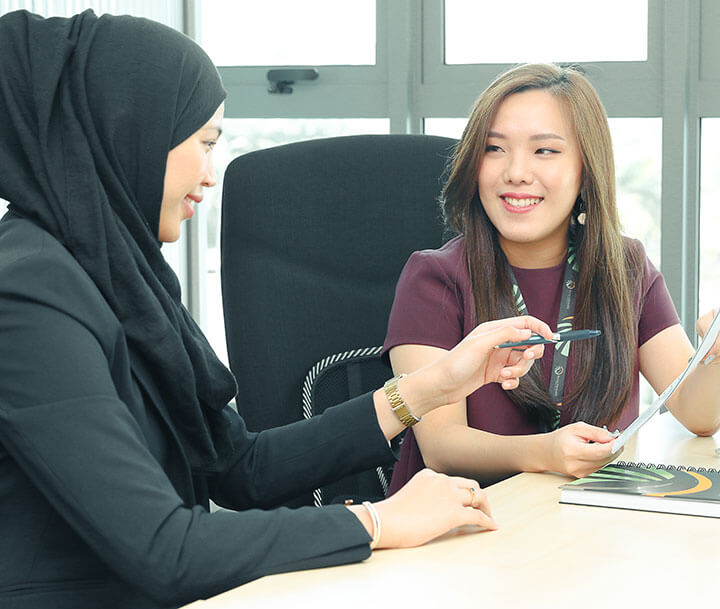 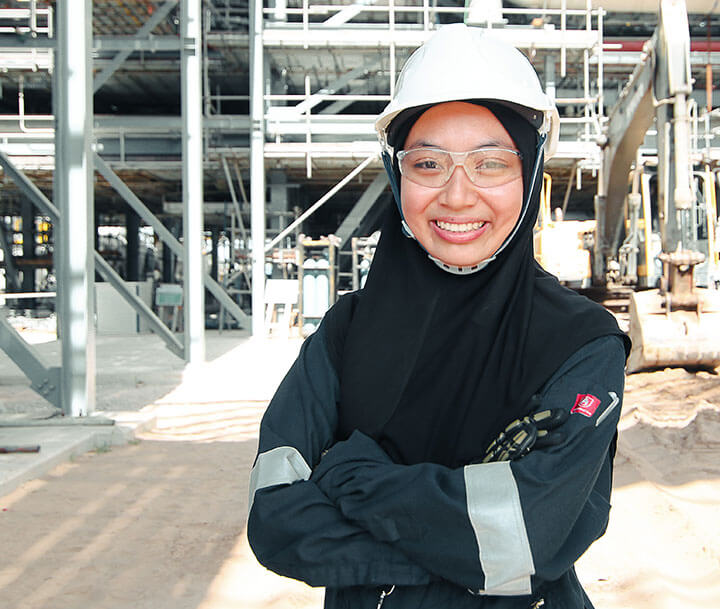